This labneh cheesecake reminds me of my mom’s German style cheesecake she used to make with Quark (a European cousin of Labneh). It’s a lighter, slightly tangier version compared to the rich, dense North American style cream cheese cheesecake.  Trust me, you will love it and have no problem finishing a whole piece!

This is a baked cheesecake using labneh – a thick, creamy strained yogurt in place of cream cheese. That means you get a great tasting cheesecake with a quarter of the calories, less than half the fat and more protein compared to a standard cheesecake. Top that with flavour makers like blueberry sauce and lime zest and you have a winning dessert. The almond flour crust also makes this cake suitable for anyone with a gluten intolerance.

Don’t be fooled by the length of this recipe, it’s actually easy to make, you just need to plan ahead to allow for the different steps. The steps include baking the crust, mixing and baking the filling, making the topping and letting everything cool. With that in mind, here’s the recipe. 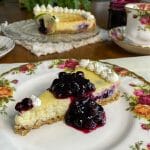 If you prefer, use a standard graham cracker crust or replace almond flour with oat flour. To change the flavour, replace lime zest and lime juice with lemon or orange. Or make a plain cheesecake with just a teaspoon of vanilla extract. Store any leftovers in the fridge for up to 5 days – if they last that long!
Tried this recipe?Mention @GetGettyS or tag #GetGettyS

Labneh is a soft cheese traditionally made by pressing or straining thick yogurt to remove as much of the liquid (whey) as possible. The result is a spreadable yogurt cheese with all the nutritional benefits of yogurt in a condensed form, so you get higher levels of protein, fat and probiotics than in yogurt.

It is a little softer and tangier than cream cheese, perfect for spreading on crackers or using in creamy dips. It’s a Middle Eastern staple, often eaten for breakfast, as a dip with flat breads or as a topping to cool spicy dishes.

It is growing in popularity in North America where you might find it sold as lebneh, lebnah, labne, labni, yogurt cheese or kefir cheese. Check the ingredient list because it can be made with or without salt.  I highly recommend un-salted labneh for this cheesecake recipe!

In this recipe, I used Chaeban Artisan Traditional Mediterania Labneh. It’s made one kilometer from my house using milk from a farm less than 50 km away. Now that’s local!! Chaeban’s labneh is unsalted, making it perfect for savoury spreads and dips and for sweet recipes like this cheesecake.

If you’re in Winnipeg, you can buy Chaeban Labneh as well as their firm and soft Feta cheese at various retailers throughout the city or via the Chaeban Ice Cream Subscription Club (best monthly delivery ever!). But it’s early days – soon Chaeban Artisan products will be available across the province.

If you can’t find it, you can try making your own by straining full fat, Greek yogurt for 2-3 days in your fridge. Line a sieve with cheesecloth or paper towel and let the yogurt release as much liquid as possible. Adding a little salt or squeezing now and then can help the process along. Note: I have not tried homemade yogurt cheese in this recipe, but as long as you use full fat Greek yogurt, it should work just fine. Extra liquid will create a looser texture and low fat yogurt will curdle as it bakes.

What is the Difference Between Labneh and Cream Cheese?

Since getting to know and work with Joseph and Zainab Chaeban at Chaeban Ice Cream I’ve learned so much about dairy products. Now that they’re making artisan cheese I’m also learning tons about cheese. Joseph is a master cheese maker who learned from his father, also a cheese maker, and from his studies at the University of Vermont. Joseph loves talking about cheese and was happy to explain the difference between labneh and cream cheese.

It’s easy to swap labneh for cream cheese in most dips and spreads. When replacing cream cheese with labneh in baked dishes like this cheesecake – be sure to use a tested recipe that uses eggs and cornstarch or flour to ensure a nice smooth texture.

How to Prevent Cracks in Baked Cheesecake

Cracks in cheesecake aren’t the worst thing in the world and they can happen whether you use cream cheese or labneh. Honestly, your guests won’t mind and by the time they get their slice topped with your favourite toppings, they likely won’t even notice. But I get it, you want your cheesecake to look as AMAZING as it tastes! Try these tips to reduce the chance of cracks in your cheesecake.

Even with these tips, sometimes the universe conspires against us and cracks happen. That’s why fresh fruit, whipped cream, fruit sauce and garnishes were invented!

The great thing about this recipe is that there are endless variations.

For starters, think of all the different fruit toppings you could try. At Christmas, I swapped the lime for oranges and the blueberries for mandarins and made Mandarin Orange & Pomegranate Cheesecake.

This strawberry rhubarb sauce is on plain labneh cheesecake without any citrus.

But that’s just the start – you can also experiment with fresh fruit, caramel or chocolate!

What do you think, will you give labneh cheesecake a try? What topping will you choose?

This recipe was written in paid partnership with Chaeban Artisan. As always, opinions are my own and a sincere reflection of life in my home.

Getty Stewart is a Professional Home Economist,  speaker, frequent media guest and writer dedicated to putting good food on tables and agendas.  She is the author of several recipe books on enjoying and preserving fruit, Founder of Fruit Share, a mom and veggie gardener. Sign up to get articles by Getty delivered to your inbox. You’ll get recipes, practical tips and great food information like this. 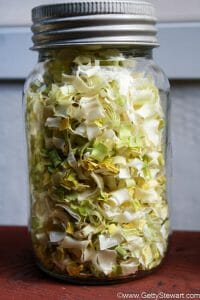 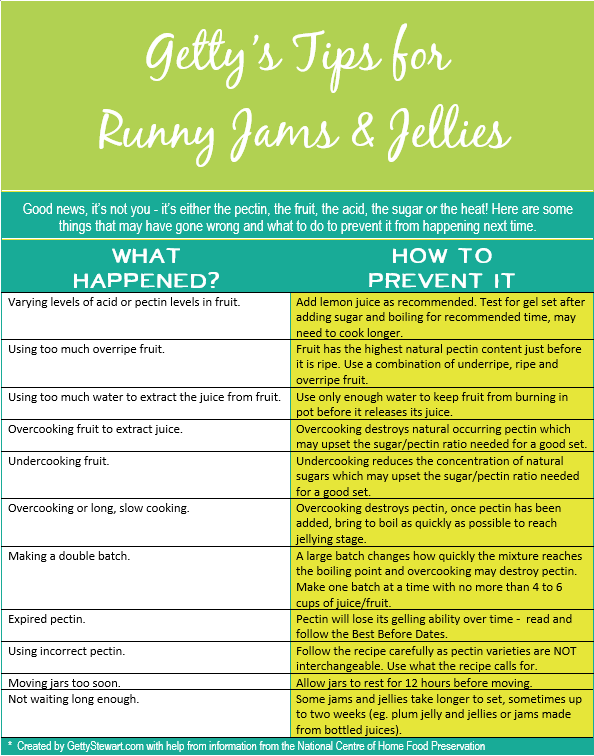 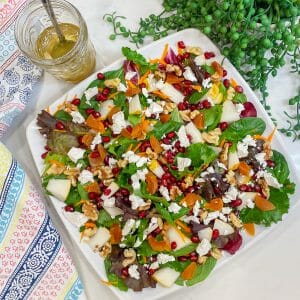 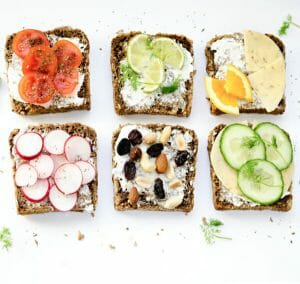 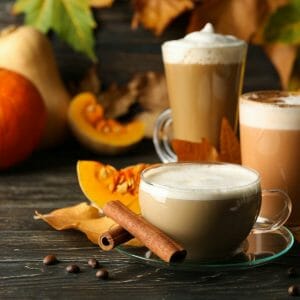 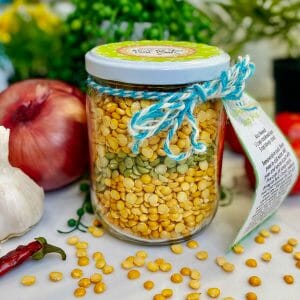