If you’re in southern Canada or northern US the answer is most likely YES!  That might be hard to believe, considering this high protein seed originates from the Andes.  But look, here’s some quinoa I grew last year in my Zone 2b/3 garden on the banks of the Red River (think clay loam soil) in Manitoba, Canada.  It was quite an experiment, as I describe in a previous post about growing quinoa. 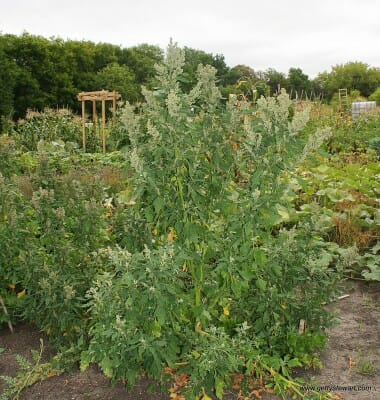 Here’s part of my quinoa harvest. 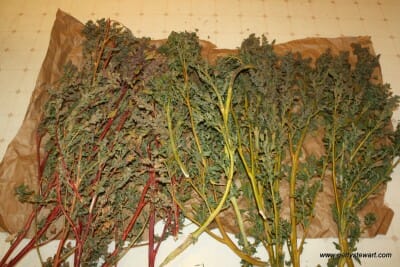 I never did get around to properly cleaning the seed.  As a result, I now have about 5,000 seeds ready for seeding (tiny sample shown below)! 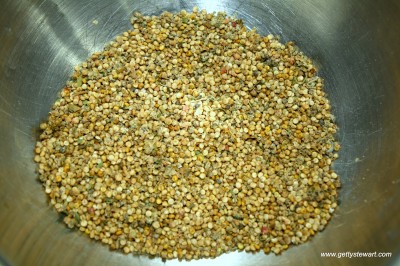 But, is my seed viable?  To see if it would actually grow, I did a germination test this week.  I took 18 seeds and placed them in wet paper towel in a plastic bag and placed it on top of the refrigerator.  Three days later, here’s what I saw. 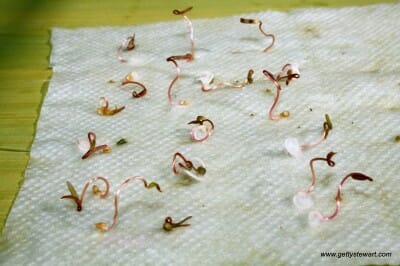 So – anyone want some homegrown, organic quinoa seed?  The original source was from Heritage Harvest Seed, Brightest Brilliant Rainbow variety.

In case you’re wondering, here are some more details on growing quinoa.  And if all this quinoa has got you hungry, check out my Pinterest Board on Quinoa Recipes.

Probably the hardest part about growing quinoa is harvesting the seeds.  You’ll know their ready to harvest when the leaves have dropped off and the seeds come off the plant fairly easily.  This is usually some time in early October after a light frost.

The seeds are dry enough to harvest if you can’t dent the seeds with your fingernail.  If they are still soft, but the snow is threatening, harvest the seed heads and allow seeds to dry indoors.

Once they’re dry you’ll have to winnow your grains to remove any debris.  Using a small fan to blow off the lighter material will usually do the trick.

Before using quinoa for cooking, it will require rough washing and several rinses to remove the saponins protecting the seed. Here’s where my adventure ended last year – I did not wash and rinse my quinoa – I just stored it.  Maybe I’ll try cooking up a batch in the next couple of weeks. 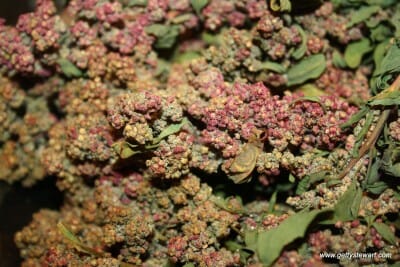 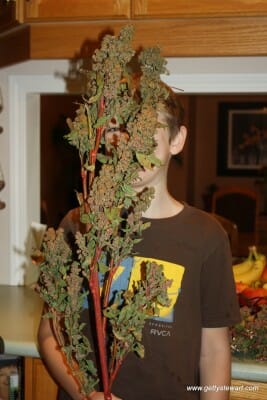 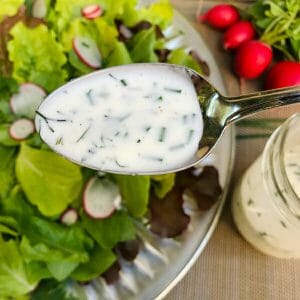 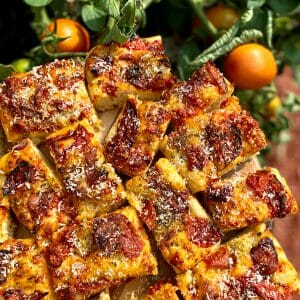 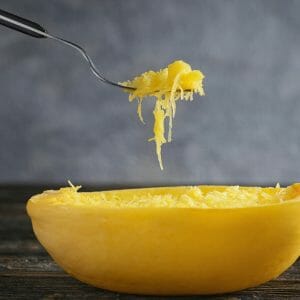 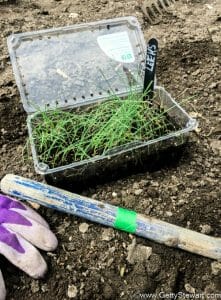 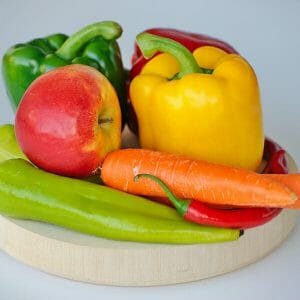 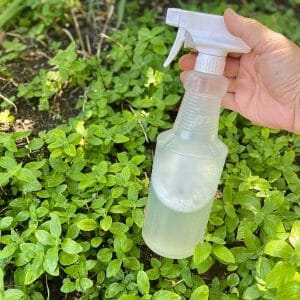