Do you harvest and freeze parsley? Parsley is one of my Top Five Garden Herbs to grow.

I usually grow five to ten plants per year. That’s a lot of parsley for a family of four, but I like to use parsley as a filler in my flower pots and as a border on my flower beds. Not only is it tasty, but it’s pretty! It also means, I have plenty of parsley to freeze for use all winter long.

I prefer to freeze parsley for use throughout the year. I simply chop and freeze it – read on if you need more details.

I dehydrate some of my parsley so I can use it in my backcountry dried camping food,  homemade seasoning blends and soup mixes, but I find frozen parsley retains its flavor much better. For that reason I like to freeze most of my parsley. 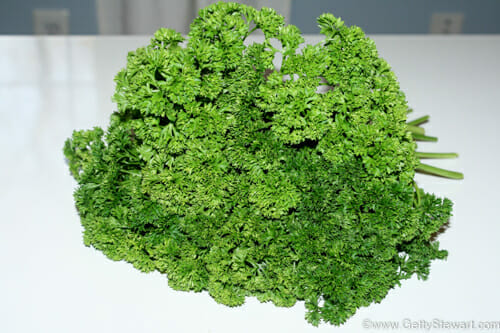 How to Harvest Parsley

Parsley is harvested from the outside to the inside of the plant. Parsley grows new shoots from the center of the plant, so until your final harvest, leave the center part in tact. You will have new stalks regrow all summer long – until the snow flies.

When harvesting only take the stems from around the outside of the plant. Cut each stem about an inch or so from the ground so you have stems to hold onto. Unlike basil, oregano, mint and lemon balm, parsley will NOT regrow new stems where you cut it. The new stems will come from the center.

Check out this quick video of an early season parsley harvest showing you just how it’s done.


At the end of the season, if you live where the snow gets super deep, cut all the stems – no need to leave any on the plant. 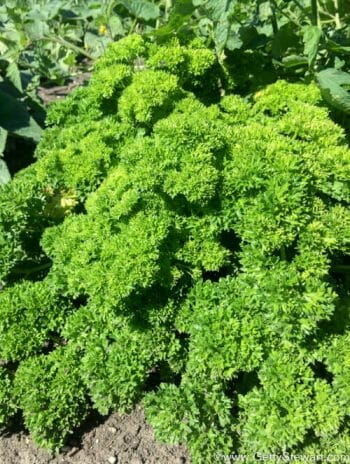 How to Freeze Parsley

You can dry parsley but it loses its flavour quite quickly, within a couple of months. For that reason, I like to freeze parsley. It holds its flavour much longer and is quick and easy to do.

1. Wash freshly harvested or store bought parsley by swishing in a bowl of water.  Remove any blemished or yellow leaves at this point. 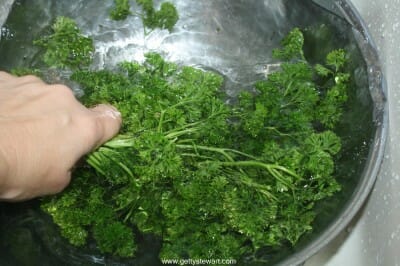 2.  Remove tough stems and spread the parsley leaves on a clean towel to dry for a couple of hours.  By drying it really well before you chop it, your parsley won’t stick together in one big lump when you freeze it. This may not seem like a big deal now – but later you’ll appreciate having free flowing parsley rather than having to smash a big frozen lump of parsley with a hammer!
3. After all the surface moisture has dried, chop your parsley into your preferred size.  I would not recommend using a food processor as that will make it too fine and potentially turn it into parsley puree.
4. Place chopped parsley into small freezer bags or freezer containers. If your parsley has a lot of moisture in it, you could sprinkle it on cookie sheets and freeze it before you place it in freezer bags so it doesn’t clump together. 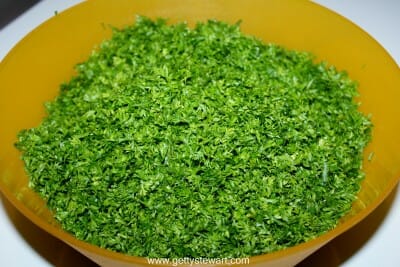 5. Label your baggies and store in your freezer until next year’s parsley is ready to use. 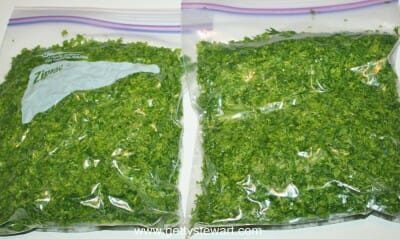 How to Use Parsley

Parsley is probably one of my most frequently used herbs.  It’s mild enough that it doesn’t overpower, but strong enough that it adds a touch of “mmm, fresh from the garden” flavor.  A sprinkle of parsley is also a visually appealing garnish that transforms an ordinary dish of potatoes, salad, soup, vegetables or pasta into something fancy! Company’s coming for dinner? Better get out the parsley!
But it’s not just for company, I use parsley pretty much every mealtime. For example, tonight we’re having homemade chicken noodle soup – I’ll add parsley to the soup as it’s simmering then sprinkle some on each bowl just before serving.  Last night we had spaghetti sauce – the parsley went in and on top.  The night before we had roast chicken with potatoes, carrots and salad – parsley garnish on the potatoes, parsley and melted butter on carrots and chopped parsley in the salad.  Are you getting the point – put parsley on or in everything!
It’s also a key ingredient in tabbouleh, our favorite veggie dip and herb butter.
What’s your favorite way to use parsley?
Sign up to get articles by Getty delivered to your inbox. You’ll get recipes, practical tips and great food information like this. Getty is a Professional Home Economist,  speaker and writer putting good food on tables and agendas.  She is the author of Manitoba’s best-selling Prairie Fruit Cookbook, Founder of Fruit Share, a mom and veggie gardener. 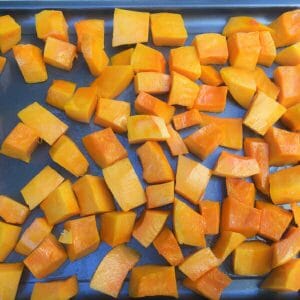 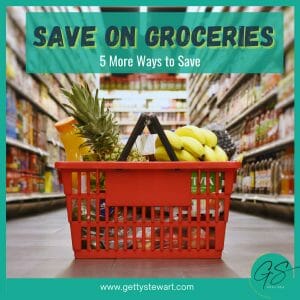 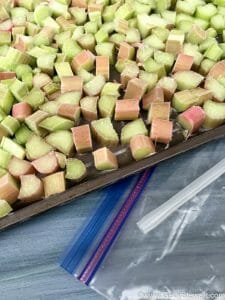 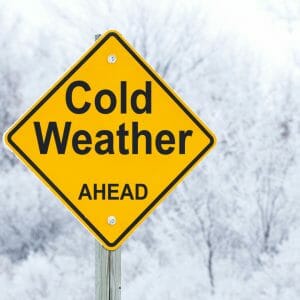 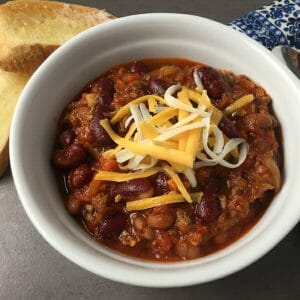 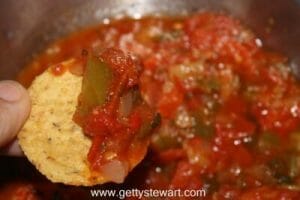