These rhubarb cinnamon buns are “Simply the best cinnamon bun I’ve ever had!” according to my friend Terry who helped taste test the these cinnamon buns.

Recipe testing is hard work. Preparing the same recipe multiple times and tweaking it until you get perfection can be exhausting. Sometimes, it can be down right damaging to your waist line!

Luckily, we have good friends and neighbours willing to come to our rescue and help provide valuable feedback. This final recipe received rave reviews; mostly because they’re amazing! The slightly tart tang from the rhubarb cuts the sweetness from the gooey brown sugar filling perfectly.

How to Freeze Cinnamon Buns

You can freeze cinnamon buns either before or after baking.

Freeze a whole tray of unbaked cinnamon buns or split in half using two 8×8 inch pans.

Assemble as instructed. Let buns complete their final rise. Instead of baking, wrap the pan tightly with a double layer of plastic wrap or aluminum foil (or a layer plastic followed by foil). Freeze for no longer than three months for best baking results.

To Prepare: Bake from frozen. Put the frozen pan into the cold oven, covered with foil (remove any plastic). Once oven reaches 375°F, bake for 20 minutes with foil on, remove foil and bake for another 20 to 25 minutes.

Let baked buns cool completely. Separate from each other and place in airtight, sealable container or freezer bag. Freeze for up to 3 months for tastiest results.

To Prepare: Thaw first, then place in a low temperature oven to warm them up. Try 350°F for 15-20 minutes. Cover with foil if browning too much but still cold in the middle. 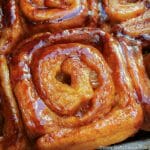 If 12 cinnamon buns are too much, split the batch into two small pans (8x8inch pan) of six buns each. Let both pans complete the final rise then place one pan in the oven for immediate use and one pan in the freezer for another day. When you’re ready to use, simply bake from frozen. Put the frozen pan into the cold oven, covered with foil. Once oven reaches 375°F, bake for 20 minutes with foil on, remove foil and bake for another 20 to 25 minutes.
Of course, you can also freeze baked buns. Thaw first, then place them in a low temperature oven to warm them up.
Tried this recipe?Mention @GetGettyS or tag #GetGettyS

For my first version I tried simply adding chopped raw rhubarb on top of brown sugar and margarine before rolling up the cinnamon buns. The results were good, but I was looking for a little more gooeyness and rhubarb flavor.

The next several attempts involved fine tuning the filling. Adding homemade strawberry rhubarb freezer jam was just thing! Mixing it up and spreading half in the pan and half on the dough sealed the deal.

As for rolling and cutting the cinnamon buns, be sure to use a serrated knife to saw through the dough rather than just squishing it.

To get the fluffiest buns, be patient and let your cinnamon rise for the full 45 minutes. See the difference 45 minutes makes.

When they come out of the oven, they should have a nice golden brown top. Almost as soon as you pull them out of the oven you need to invert the pan to ensure the delicious gooey filling goes covers the buns. I do this by placing a cookie sheet over the bun pan and flipping over – the cookie sheet catches any drippings. If you wait too long, the filling will start to harden. To make them slide right out, run a knife along the edge before you flip over the pan.

This is what they look like when you flip them over. I serve these with the gooey side facing up – no need for additional icing.

That sugary filling is hot, be careful!  Let them cool for a couple of minutes before diving in.

Thank you rhubarb! You just made a good thing better!

Interested in more recipes and rhubarb facts? Check out my Rhubarb eCookbook with over 40 sweet and savory recipes and preserves or check out these posts:

How and When to Harvest Rhubarb

How to Freeze Rhubarb

How to Dehydrate Rhubarb

Will you give these rhubarb cinnamon buns a try?  When and where do you love eating a muffin? I’d love to hear from you. Leave a comment below or tag me on Instagram at #getgettys or Facebook @GettyStewart.HomeEconomist.

Sign up to get articles by Getty delivered to your inbox. You’ll get recipes, practical tips and great food information like this. Getty is a Professional Home Economist,  speaker and writer putting good food on tables and agendas.  She is the author of Manitoba’s best-selling Prairie Fruit Cookbook, Founder of Fruit Share, a mom and veggie gardener. 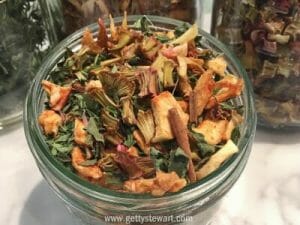 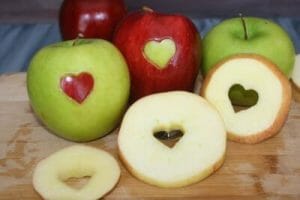 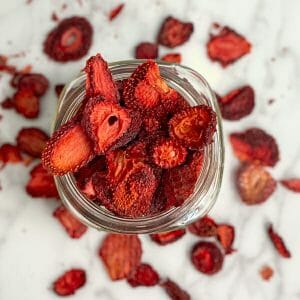 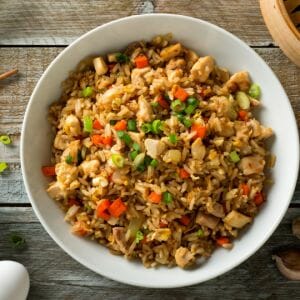 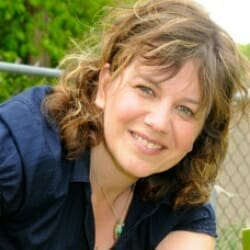 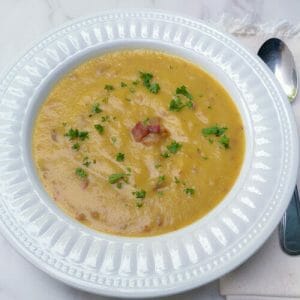 Get Getty's best recipes and most helpul tips delivered to your inbox.